We are so lucky to have the best customers around – you constantly engage and are enthusiastic about visiting Stanford Grill and letting us know what your favorite dishes are, as well as the best cocktail in the house!

Now’s the time to put those thoughts into action and help us get votes in this year’s Howard Magazine’s Best of Dining. Voting closes at 5pm on May 1. Show us some love, friends! Vote for us, please! Here’s the link to register your vote: http://goo.gl/nyBxxT

At Howard magazine, the Best of Howard Dining contest is one of the most anticipated events of the year! Look for the results in their November issue.
Thank you, dear friends!!

When the sun starts to show itself, even slightly, we find every excuse to be outdoors and dine outdoors.

At Copper Canyon Grill, we’ve always been so lucky to have dining patios that are also heated so that we can also make use of them during the winter months. Our newest patio, in Gaithersburg, with its own bar is ideal for corporate and special events and we’ve hosted several of your private events since we opened!

At Stanford Grill, as well as having our very popular heated patio, we now have a beautiful outside terrace that is fully open! So why not join us for a drink and the greatest outdoor dining experience in Columbia, Maryland? Bring on the sunshine, Maryland! 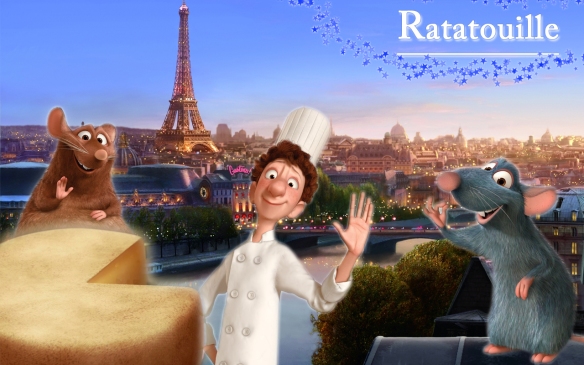 With all this cold weather, there’s nothing more we want to do than curl up by the fire and watch a movie – about food!! We share with you a few of our all-time favorite films about food.

Julie & Julia (2009)
Julie & Julia is a movie whose plate is full of impressive acting performances. It stars arguably the greatest actress of all time, Meryl Streep, and one of the most talented actresses in Hollywood today – as evident by her performance inAmerican Hustle – Amy Adams. Julie and Julia is about the true story of blogger Julie Powell (Adams) as she cooks her way through the classic cookbook “Mastering the Art of French Cooking,” by culinary icon Julia Child. Meryl Streep gives an incredibly believable performance as Child, and one which earned her a well deserved nomination for Best Actress.

Ratatouille (2007)
One of Pixar’s absolute best, Ratatouille is a delight from start to finish. Winner of best animated film in 2007, it is about an aspiring chef and the master chef rat that helps him cook all his dishes. Don’t let the animation full you either, this charming film has a great understanding of cooking and the principles of food!

Willy Wonka & the Chocolate Factory (1971)
For our top spot we are going with a classic, Willy Wonka & the Chocolate Factory. Yes, it’s a movie about junk food, but the film itself is anything but junk. There’s just nothing like being led by Mr. Wonka, played by Gene Wilder in an iconic performance, as you tour the fantastical, unpredictable rollercoaster ride that is his Chocolate Factory with our hero Charlie, the winner of Wonka’s mythical Golden Ticket. It features numerous musical numbers, wonky contraptions and best of all, the Oompa Loompas!

What’s your favorite film about food? Let us know in the comments!